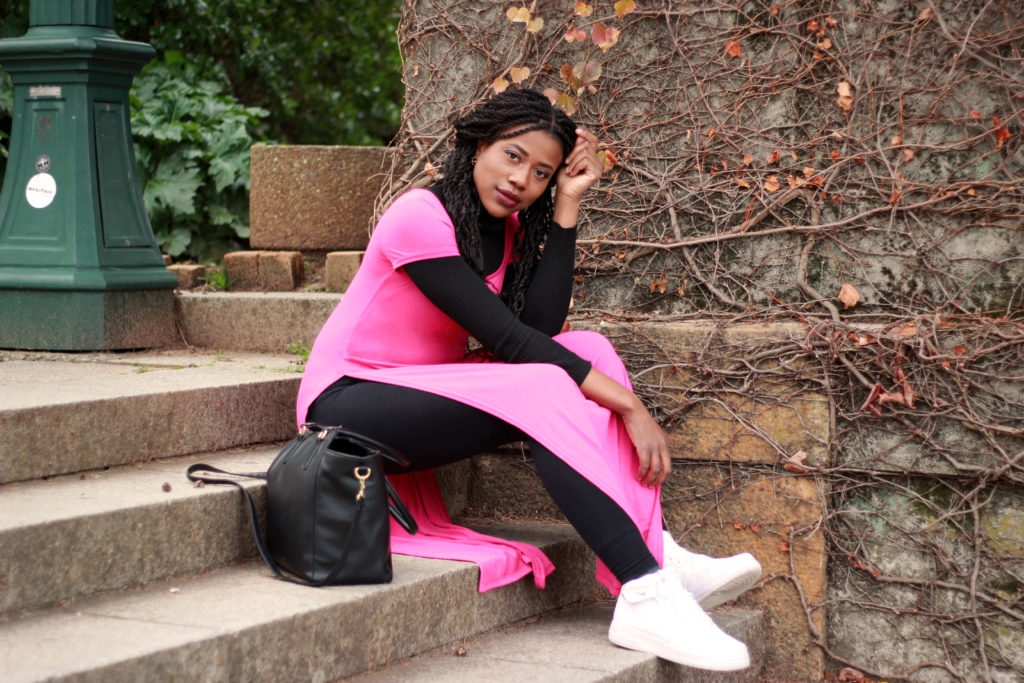 The other day, when I was scrolling through my Twitter timeline, I came across a thread by Feminista Jones in response to “Patriarchy’s Princess”, Ayesha Curry (you can read the thread here). Ayesha had been effectively shaming women who dress in a way that shows more skin, because she likes to keep her body covered for her man.

In this thread, it basically unpacked that modesty – like virginity – are social constructs that are deeply entrenched in religion, and deeply linked to a woman’s value. From what I took from the thread, it basically said that in a secular society, the concept of modesty that looks to shame women (slut-shame and body shame) is heavily outdated, incredibly oppressive/sexist and really inaccurate.

And this made a lot of sense to me because – like an example she used in her thread – if a fat woman wore shorts and a crop top, a common assessment is that she do not value herself and should be more modest. In this way, modesty is used to police people’s agency over their bodies according to other people’s standards. Fatphobia is used to oppress people based off of a value system that they may not subscribe to. In a similar fashion, if a skinny woman wore a crop top and shorts, she, too, can also be looked down upon and slut-shamed because she doesn’t ‘respect herself’ – and so modesty is, again, used as a weapon. It is used prescriptively instead of descriptively; to punish people we don’t feel worthy and to police them. And I find that ridiculously unfair.

This brings me to my recent musings on the topic: I feel like we need to reclaim what it is to be modest. I’ve been finding myself dressing more conservatively (i.e. showing less skin) recently and although I have yet to determine if it’s because of my own internalised body shaming or just that I don’t feel like dressing a certain way anymore, I’m kind of just going with it. Because there’s nothing wrong with it. And that’s basically the crux of it: someone else dressing more modestly has nothing to do with you. And that is where people get lost – that is why Ayesha Curry and the rest of Pick Me Twitter get dragged for days. You do not get to decide someone else’s worth for them. If you want to wear a bikini or a niqab – it is no one else’s business. That introspection and realisation can help us solve a lot of problems with the weaponisation of modesty. If we view how we dress as a personal decision, rather than a political statement or a denotation of worth, we no longer have the right to shame or police anyone else for their personal clothing choices.

I’m not talking about fashion police here – I’m talking about the insidious reasons we deem outfits inappropriate, e.g. the way we make snide comments about people not respecting themselves for wearing certain outfits, etc. There’s a difference between saying “That’s not something I would wear” versus “Anyone who wears that is a hoe.” It’s time we get a little more narcissistic with our clothing options and opinions on them. And let’s get this straight, although I mentioned that modesty (and its weaponisation) has roots in religion, this is not an attack on a religious garb – it’s an attack on the (quite sexist) way in which ‘modesty’ has been used as a means to police women’s bodies. We need to make an effort to turn modesty into a descriptor instead of a prescription – if you want to dress in a certain manner, then good for you! If it’s for religious reasons, snaps and claps, my friend! But the point is for all of us not to use that as a weapon against other women. So long as we stay in our lane, mind our own business and worry about ourselves, the better.

And, speaking of talking about ourselves: I thought it a little ironic that I’m posting this just after Eid (Eid Mubarak, friends!) but I was kind of feeling the Kim K (sans sportswear turtleneck) vibe and thought this would be a nice tribute to the modest dressers who may follow me. I was looking for a new way to layer during winter and I thought this was a nice look!

Outfit aside, I would like to continue this conversation, so please let me know your thoughts and engage with me on this topic on my social media!