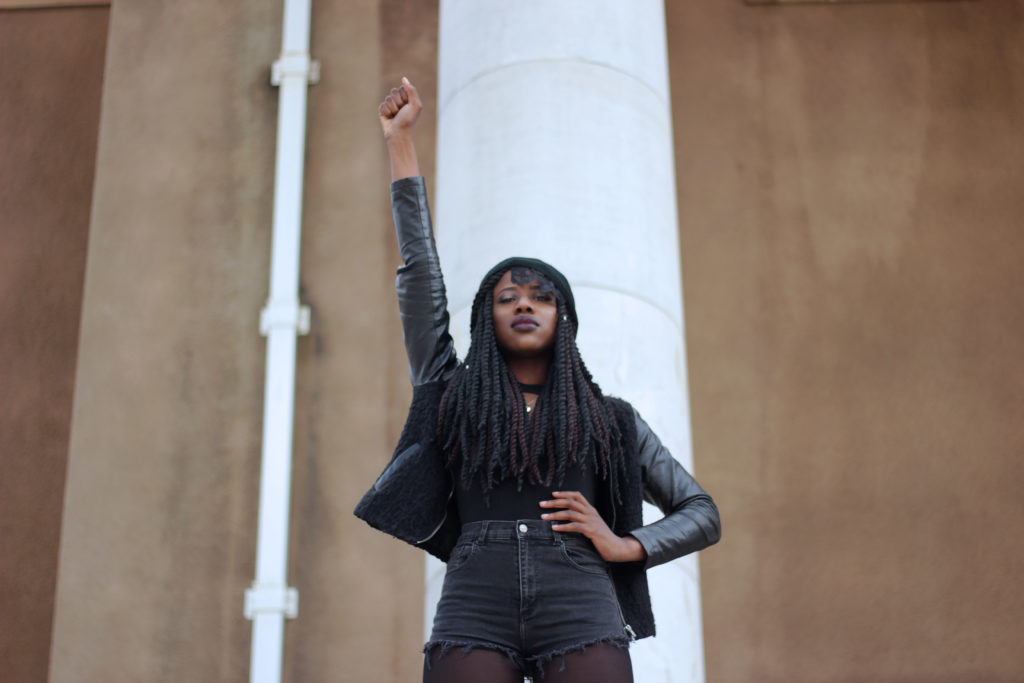 Look, I know, girls love Beyoncé… The opening line to Drake’s song has never rung truer in the past few weeks. I mean, with the release of not only the album, but the visual album of Lemonade jeopardising all progress I made with my hairline, now was not the time to mess with the Beyhive. But beyond fanatic stan-ism, there was a reason the Hive – and predominantly black women – would not let anyone come for Beyoncé: because she did not make it for you. She made it for us.

Beyoncé gave her 2c on the self love movement by giving us an album that proved, once again, that she was a human being. With her previous self-titled album, she showed us her flaws and insecurities, as well as her sexuality as a grown woman. But in this album? She showed us all that, as well as saying “I’m black, y’all. I’m blackity black, and I’m black, y’all.”

She wrote this album for the black women who have doubted themselves because they were always passed over or cheated on with Becky With The Good Hair™️ – a motif that highlighted the subtle colourism and internalised racism within the black community, something with which many black women can identify.

She wrote this album for the women trying to love their baby hair, afros and negro nose with Jackson Five nostrils. This was a self love declaration – saying to a world that still holds Eurocentric beauty standards as paramount that, “Hey. I don’t fit the mould but I am beautiful and y’all better recognise.” She was telling black women that we slay, all day, okay? That as a population that constantly gets appropriated because of our features and our culture, that it’s pretty damn great on us too.

She wrote this album for the women on their grind. In our 6 inch heels, trying to make a name for ourselves, get that shmoney and respect and excel in our fields. She made an anthem for those of us pushing our hustles and trying to be the best that we can be – and who better to look up to than Beyoncé? As far back as I can remember, she’s been a consistent role model – killing the game – and it helped to have someone who looked like me doing it, showing me that I can too.

She also wrote this album for the angry women. The angry women who are rightfully so, because they’ve had men treat them poorly for generations. Be it their fathers, their brothers, their lovers, or strangers catcalling them on the street. She wrote this album to say, “You know what? I don’t need this. Boy, bye.” She took a page out of DJ Khaled’s book and told them not to play themselves when it comes to messing with us, because who TF do you think we are??? She was telling us to know our worth and not settle for anything less.

She also wrote this album for those of us trying to heal. Because Lord knows, being angry is emotionally draining, and as the saying goes, it’s like drinking poison and expecting the other person to die. She wrote this album as a testament to her own healing – that forgiveness does not mean forgetting, but it means peace for yourself and opening yourself up to love and hope again, something that is beyond necessary to survive. She expressed the validity of her emotions and the importance of coming full circle – that you can be hurt, angry, sad, vulnerable, betrayed, and you are entitled to feel how you feel. But when you don’t feel that anymore? When you’ve worked past your pain and you want to try again? Do it. What happens in your friendships and relationships is between you and the other person, and if you feel like you can try again, go for it.

She showed that we are multifaceted. We are human. We like to turn up. We like to work hard. We love hard. We get hurt. We need to heal. And all of this is okay.

Above and beyond that, she showed us the power of teamwork making the dream work. She gave one of my favourite poets, Warsan Shire, a platform beyond anything she’s probably reached before; she gave daps to the next generation of black girls in formation – Amandla Stenberg, Zendaya, Chloe and Halle and Quvenzhané Wallis, as well as paying homage to one of the greatest of all time, Serena Williams, and she used imagery and artists from my own heritage (Nigerian), such as the artist Laolu Senbanjo and designer Amaka Osakwe.

To me, this album embodied the Marianne Williamson quote: “And as we let our own light shine, we unconsciously give other people permission to do the same. As we are liberated from our own fear, our presence automatically liberates others.”

And here’s the thing – even if it didn’t do all of this for you, don’t discredit the fact that it meant a great deal to hundreds of thousands of others. She represented us, she spoke her truth and that truth helped a lot of people – something you can’t take away, no matter how many faux-woke think pieces you write about it.

So in conclusion, don’t play yourself. And I hope you don’t get caught out of formation.